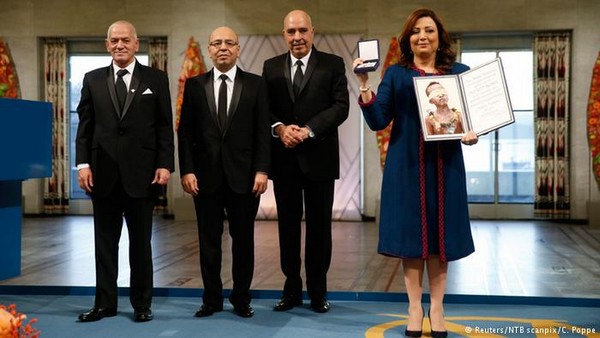 Any organization that comes away with a Nobel Peace Prize is naturally going to claim the plaudits – and that’s exactly what happened with the Tunisian General Labor Union (UGTT), back in 2015.

Being the centerpiece of a turbulent transition period following protests in 2011, the group were hailed as they aided the country’s economic development.

However, questions are now being asked on whether or not the UGTT really can do its own job correctly. Let’s not forget, this is a labor union. As such, while it did play a key role in the recent transitional period, it also needs to prove that it can succeed in resolving Tunisia’s biggest economic problems.

What is the nature of the economic problems in Tunisia?

The economic situation in Tunisia simple; from an unemployment point of view, it’s worse than before the revolution. The rate of unemployment currently stands at 15%, while even more worrying is that over 50% of individuals who are college educated are not in work.

From a nation satisfaction point of view, a survey has revealed that 86% of nationals say that the economy is bad, or somewhat bad.

Additionally, people in the poorer parts of the country are becoming increasingly frustrated. It was only toward the end of January where protests occurred – with people taking to the streets to call for improvement in the economy. Since then, emergency measures have been promised and the situation has eased – but one has to wonder how long this can continue.

What is the problem that the UGTT face?

In an ideal world, the UGTT would perform its job of attempting to protect its members. It’s worth mentioning that it is traditionally a labor union for working and middle-class people.

Of course, throughout the recent turbulent period, it has been forced to take on far more roles. Its Nobel Peace Prize came following its work to preserve the Tunisian economy through the transition – and this is the main problem that troubles the organization. On one hand it is regarded as the union that will represent the working and middle-class, but on the other it needs to do something to preserve the economy and ultimately encourage work for the younger members of society.

As we’ve already shown, the employment situation in Tunisia is far from ideal – and is disastrous in educated youths. In other words, the UGTT is doing its principle job of protecting its members – but can this continue if they attempt to play more of a political figure and ultimately improve the youth employment situation?

To make matters even more difficult, the working and middle classes are by no means in safe positions. Much of these classes have jobs based in the public sector and understandably, following the revolution and other infamous incidents that have hit Tunisia, this is an area which has the potential to suffer. The public sector is at risk of being hit by budget cuts as politicians attempt to stabilize other areas of the country and as such, the UGTT still needs a plan to protect its core membership.

What has the UGTT achieved?

In amongst all of the uncertainty, one should not forget that the UGTT has still achieved plenty over time.

Let’s not forget that this is an organization that has been around since before Tunisia existed and played a significant part as the country broke away from the rule of France. Additionally, during the dictatorship era under Zine el-Abidine Ben Ali, the UGTT was known to “play on both sides”. In other words, whilst still being a loyal component of the regime, it still managed to offer a layer of protection to the people. It means that the UGTT, since its formation, has always had to deal with multiple roles and balance them accordingly.

In terms of specific achievements, they have unquestionably been successful. For many years the labor brokerage system was corrupt to say the least – and this has been improved drastically thanks to the UGTT. Elsewhere, there are far fewer employees on short-term and insecure contracts, while the minimum wage has at least increased in the public sector.

What’s next for the UGTT?

If we cast our minds back to July 2015, the Deputy Secretary General of the UGTT, Belgacem Ayari, set out ambitions for the organization. They included improving the labor code so it resembled those adopted by most other countries, making more provisions for gender parity and clauses to dissuade employers from abruptly terminating contracts.

Ultimately, it’s clear that the UGTT appears to be switching its focus even more and becoming that political force that has been mentioned.

However, with unemployment levels barely moving over recent years and causing protests, many would suggest they are failing in this regard. Additionally, with many illegal activities such as smuggling starting to blight the interior of Tunisia, it prompts yet more problems for the organization and one has to question which direction they are going to turn next.