Launched on 29 December 2011, Oasis FM is a private radio station that is available in Tunisia. 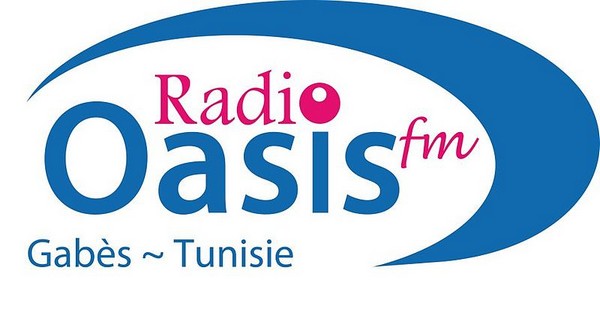 The radio station mainly covers the governorate of Gabes and areas around this region, although the fact it is available in both FM and online streaming means that can be listened to by the majority of the country. In relation to the former, it can be accessed by both 96.5 and 94.4 MHz.

The headquarters of Oasis FM are based in Gabes, although the station also has an office in the center of Tunis which again emphasizes just how popular it is through the whole of Tunisia – not just Gabes.

Unlike a lot of modern Tunisian radio stations, Oasis FM only currently broadcasts in Arabic.

How was the show launched?

On the day of its launch, Oasis FM did not broadcast a sound until 17.00 when its first show was played. During its opening hours on the air, the station played a show named “Lamet Monachtin”. Translating as “meeting of the leaders”, this allowed listeners to familiarize themselves with all of the presenters of the show and discover what would be in store for the future.

As well as the above, the show invited Najiba Hamrouni, who is the president of the National Union of Tunisian Journalists, as well as countless other journalists, businessmen and celebrities to celebrate the launch.

Prior to launch, the station went into a mass-employment drive and were understood to hire 23 senior managers and technicians. Additionally, seven graduates of the Institute of Press and Sciences of Information were brought into the team, with Oasis FM also keen to use journalists and presenters who had an educational background in radio, as well as the required experience.

What is broadcast on Oasis FM?

The station is currently broadcast for around 18 hours a day and attempts to play a variety of different genres through this time. It would be fair to say that Studio Oasis, Music Time and FM Policy are the three main shows which attract listeners. However, as well as this the station covers sport, news and the typical other shows that one would expect. Even though it is broadcast in Arabic, the nature of these programs can span internationally. For example, in relation to its sport, teams from around the world are covered which makes it very popular.

On its launch, the radio claimed that 36% of its shows would be socially orientated, 25% would be based on recreation, 19% on services and dressing, 8% on cultural topics, 6% on politics and 6% on sport. In the several years that it has existed, this has naturally changed somewhat although the principles are still relatively similar.

Oasis FM on the internet

We already know of Oasis FM’s presence on the internet in terms of streaming, but it also has a much wider reach through its social media. It has no fewer than 50,000 fans, which again highlights just how popular it is, with this page also covering news in real-time.