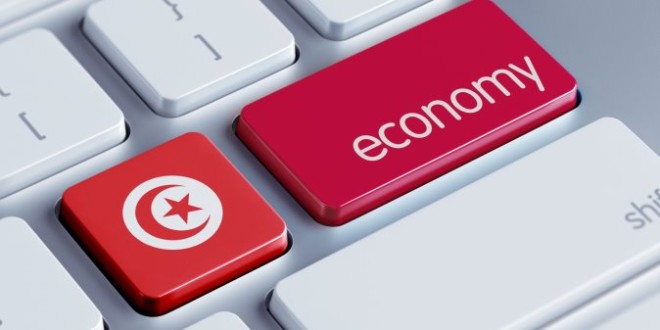 While there are some work and on-going efforts being put into reforming the economic stronghold of the Tunisia government, there’s a lot of challenges present that all political parties involved must join together to solve.

The Prime Minister, Habib Essid is trying to put together some sensible and logical policies that work for everyone and help build a strong economy. The Prime Minister is running into three critical issues though that is halting the process.

#1 – The political instability of Tunisia is crippling to any efforts to form a working Democracy for the people. Political infighting among Tunisian officials is infamous and the people don’t quite know what to make of it. More people wish they could get involved and help out but the political parties involved seem more focused on fighting with each other rather than trying to come together to create a Democracy.

#2 – The security of Tunisia as a whole has come under scrutiny by not only Tunisian officials, but multiple countries around the world. The security of Tunisia was first questioned back in 2011 when the revolution began. There’s no easy approach or way to fix this either. The media loves making an example of Tunisia when a terror attack reaches their soil, despite terror attacks happening all over Europe which don’t primarily hurt their tourism efforts or economy.

#3 – Finally, there’s the social status of Tunisians and trying to make sure they’re better off. Economic growth is an absolute must if Tunisia wants to form a working Democracy for themselves and their people. Unemployment since the political turmoil has also been on the rise, so that’s one of the main challenges of the economic growth that the Prime Minister will have to address. You also have a lot of underprivileged people living in Tunisia who don’t have access to fair living standards and live well below the line of what can be seen as acceptable in any working Democracy.

All of these challenges aren’t lone challenges though, because they all seem to connect to each other and if the Prime Minister can even face one of these challenges, then they’ll be better off as solving one challenge would put a dent in the other two. The revolution was inspired by this feeling of hopelessness by the people and the high rate of unemployment.

People felt their government was letting them down and without work, they couldn’t support themselves or a family.

If you want to increase the security and the political landscape of Tunisia, you have to address every single issue listed above and that’s going to be a hard task for anyone who takes them on. The economy has been growing incredibly slow ever since the revolution and things aren’t looking too good for the future either. Growth in 2014 was at a staggering low of only 2.3%, which is vital to fix. The longer people remain unemployed and the longer people feel like they have no life in Tunisia, it could raise the risk of another full-blown revolution, which Tunisia can’t afford.

It’s not a surprise or a secret that Tunisia’s current economic model isn’t working and it’s actually getting worse. If you look at the growth numbers of Tunisia, it’s going to get lower if changes aren’t made soon. If you want a healthy economy, then the average growth rates for production and improvement should be at 5 or 6% at a minimum. This is when you start seeing a drop in the unemployment rating and the living standards of a country starts to rise. When a country progresses past a certain point after struggling, this is when you see a brand-new economy model take place that reshapes the country.

While Tunisia likes to brag about their market economy and embracing new technologies, like cryptocurrencies, bitcoin and ethereum, the evidence isn’t really there to support it. The problem with a good majority of the economy is that it’s state owned, which creates a huge host of problems. This is where corruption and capitalism starts to kick in, which is designed to milk people for all the money they have as long as they can get away with it. There’s a lot of challenges that are going to be present in the reformation of their government though, so this won’t be an overnight or a task that can be accomplished in several years.

While other countries have been more than willing to lend Tunisia a hand with financial aid in issues such as business and structural reformation, again, we’re faced with the same issue of political instability and fighting among politicians. The problem isn’t getting the aid needed, the problem is getting the approval of the local government to go ahead with these changes and do what’s necessary. Parliamentary approval in Tunisia is infamously hard to obtain, regardless of the issue at hand.

There are several drafts written and conducted for reforming things such as private business, partnerships, labor laws and investments in general but the main problem is getting parliament to agree or sign off on such changes. Three different banks in Tunisia hold a whopping 40% of the bank business in the country. This is a problem because it allows them to operate how they want without a lot of guidelines.

While there is some hope in the future as Tunisia plans their next big government reform, politicians promise that there’s going to be far more stability and that the structure of leadership will be clearly defined. Will it be enough? Will Tunisia finally put aside their differences and work together or will they accept the future of non-existent growth while they fade into bankruptcy?